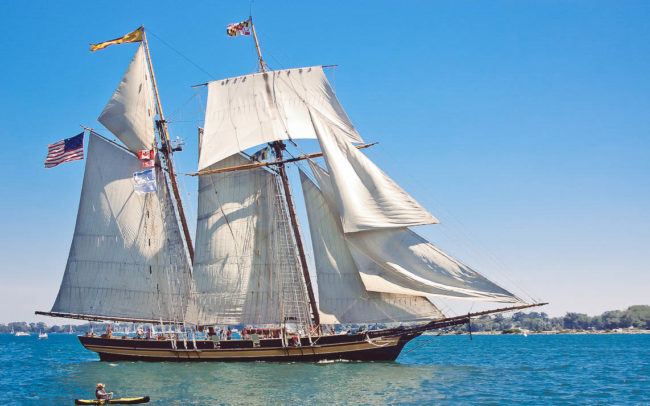 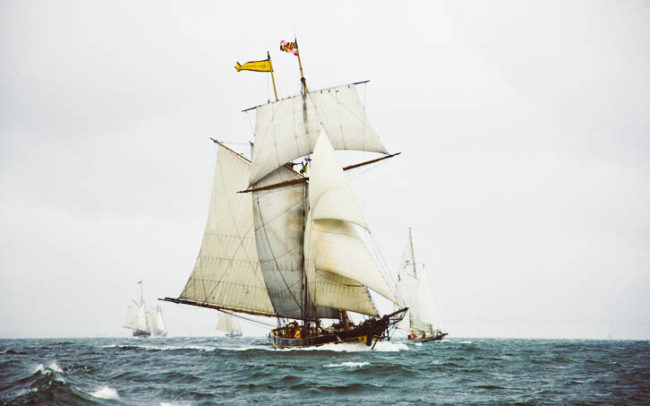 Pride of Baltimore II will be docked at Harbour Square Park.

The original Pride of Baltimore was built in the late 1970’s to be the main attraction in Baltimore’s Inner Harbour. She was modelled after an 1812-era Baltimore Clipper. The privateer vessels played a major role in the War of 1812, raiding and capturing countless British ships, but it was the ones from Baltimore that the British feared the most.

In nine years, Pride sailed more than 150,000 nautical miles, visiting ports all over the world. In May 1986, she was travelling home from a successful trip to Europe when she was hit by a microburst squall north of Puerto Rico and sank. Pride, her captain and her crew were all lost at sea.

In the months that followed, Pride of Baltimore Inc., received an overwhelming number of donations from the public. They knew they had to reproduce the great fast sailing ship. In the Fall of 1988, Pride of Baltimore II was commissioned, just blocks away from the shipyard where her predecessor was built.

Since then, the tall ship has logged over 250,000 nautical miles and has docked in more than 40 countries. At every port she visits, Pride promotes historical maritime education and proudly represents the people of Maryland.