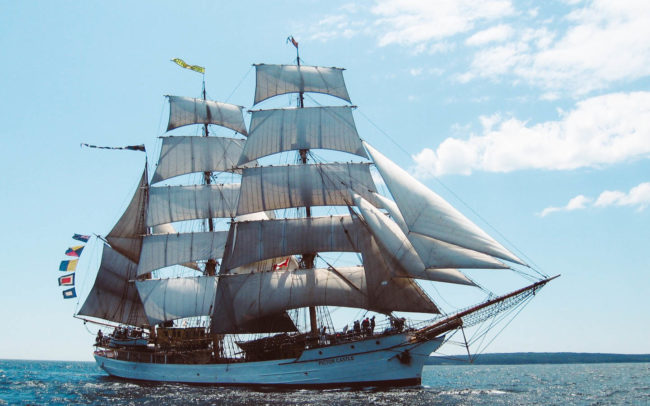 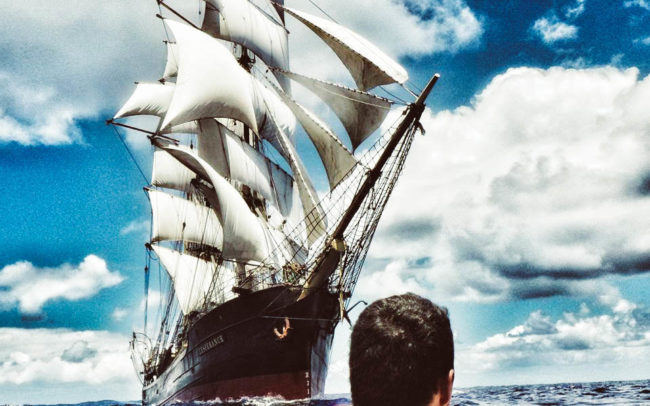 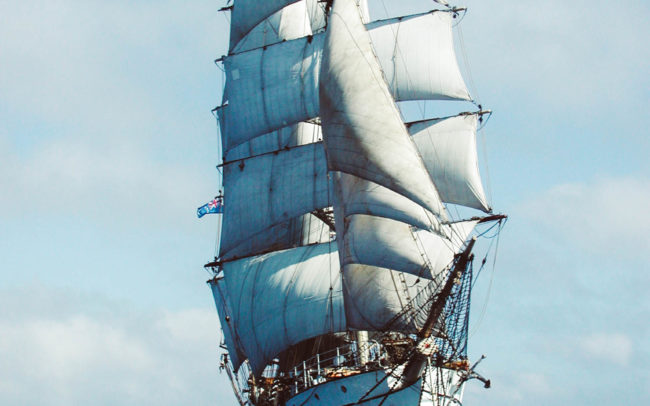 Picton Castle will be docked in Sherbourne Common.

Picton Castle is a three-masted tall ship known for her sail-training adventures around the globe. The ship was built in 1928 and is named after the 11th century castle in Wales that still stands today. After serving as a minesweeper in World War II, Picton Castle went on to be a freighter ship, carrying cargo up and down the Norwegian Coast for years. In the 90’s, she was discovered by a captain on the hunt for a ship he could convert into a square-rigger. The captain cleaned her up, put a diesel engine in her and took her to New York City, where she was berthed for a few years at the South Street Seaport Museum.

In 1996, she was taken to Lunenburg, N.S, where she was refitted and turned into a square-rigged barque. She set out on her first world voyage in November 1997.

Picton Castle embarked on her 7th adventure around the world in Spring 2018 with 40 trainees. The sail-training program is all about learning and discovery for the trainees on board. Crew members learn how to sail, learn about the ship and sea, learn from people they meet, and learn about themselves.